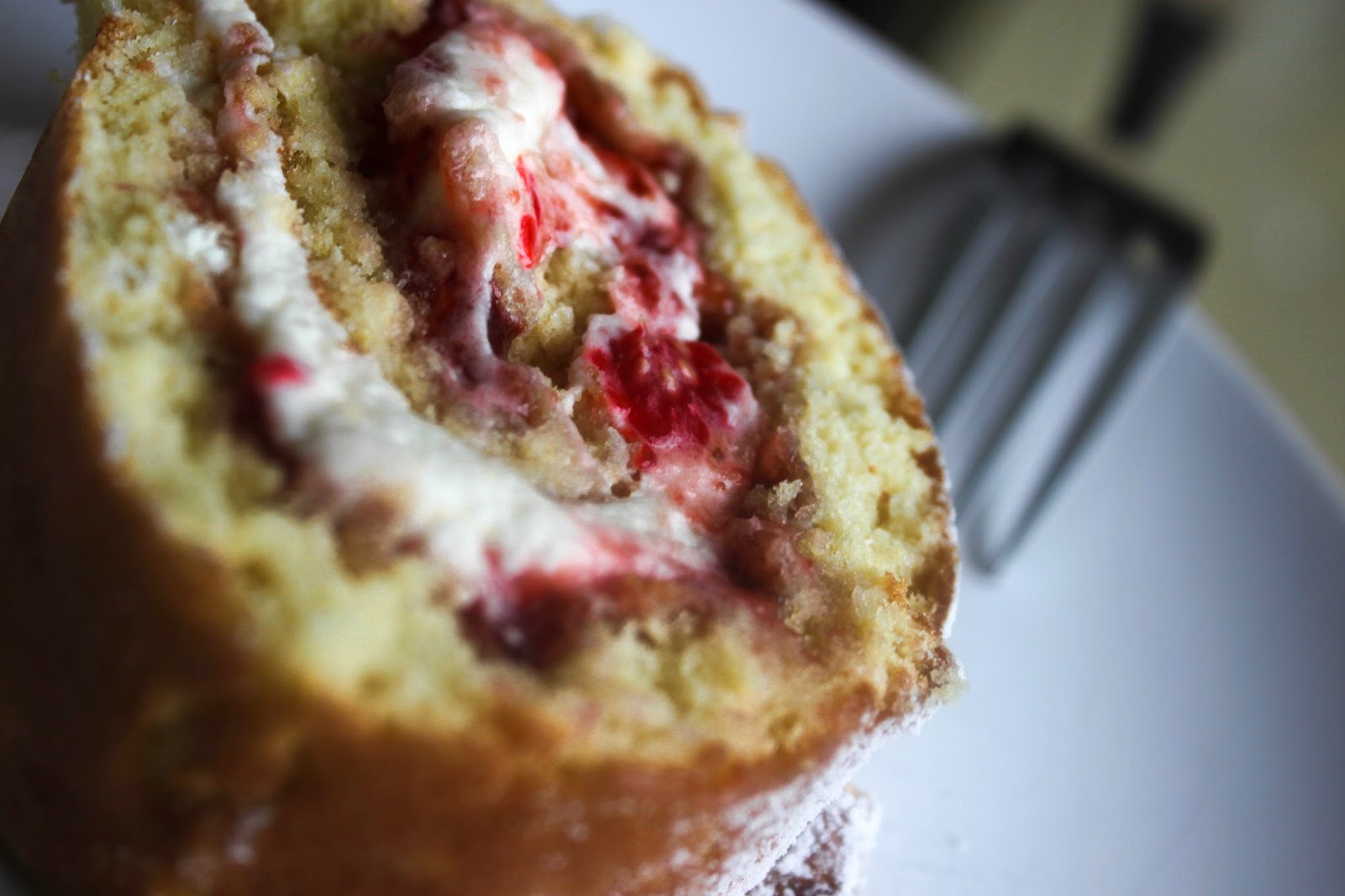 It’s baaaaaaaaaack! The Great British Bake Off has finally returned. I’m a week behind with the bakes as it was my birthday on the 11th August and spent the entire weekend celebrating. I tried to keep up with the bakes last year and failed miserably so I’m giving it another go. 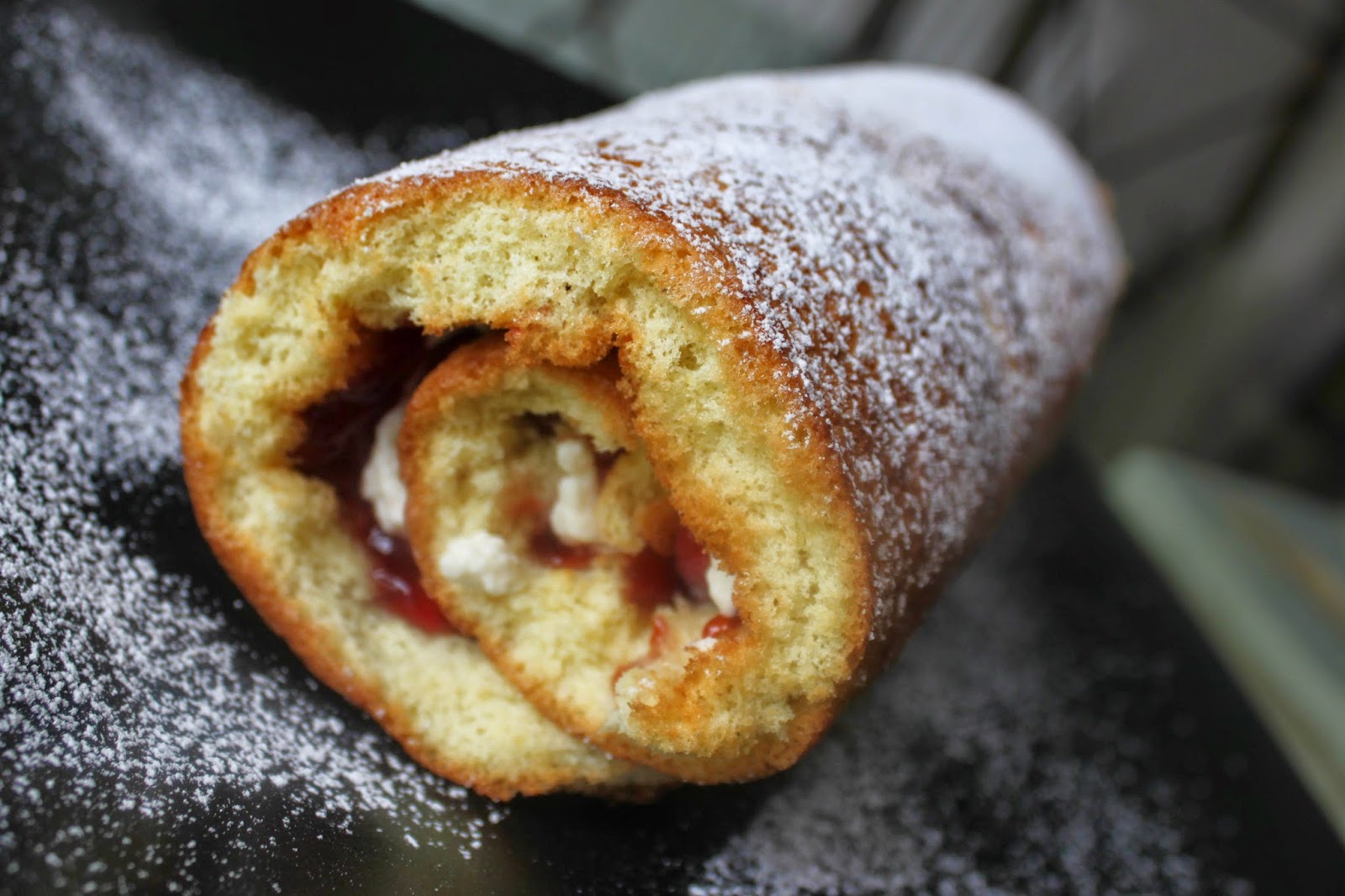 The theme of week one was cake. The Signature Challenge was a swiss roll, the Technical Challenge was Mary Berry’s classic cherry cake, and the Showstopper Challenge was to produce 36 miniature cakes. I’d never tried any of those so I went for the nice and simple swiss roll (and because I didn’t have the fancy tin for the cherry cake or any kind of miniature apparatus).

I didn’t follow any of the GBBO baker’s recipes but did get one from BBC food… close enough. I followed this sponge recipe and then had my own take on the cream filling. I used whipping cream, some vanilla extract and some icing sugar. ‘Some’ meaning I shook the box until I thought that was enough. In my head I hoped it would taste like the vanilla cream from The Breakfast Club, and it did! I was very impressed. My friend gave me the idea of freezing it to see what happens so watch this space. 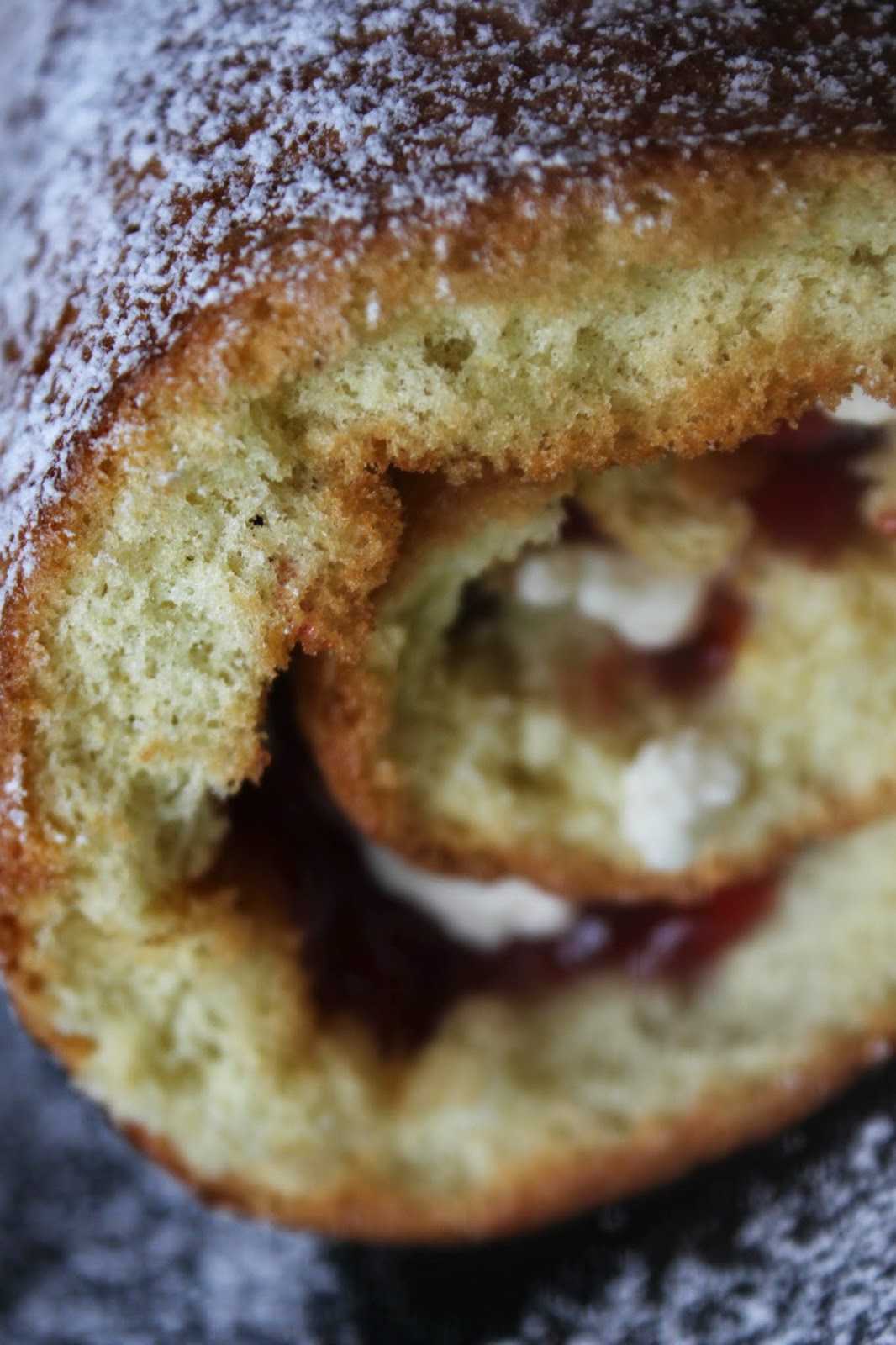 I rolled the sponge straight out of the oven with another sheet of greaseproof paper and left it to cool whilst I prepared the cream filling. It was pretty easy and tasted very nice if I do say so myself. I copied the GBBO bakers in cutting a slice off the ends to make it neat but my knives are so rubbish it just hacked the end off. The second slice did come out cleaner but I really need new knives. 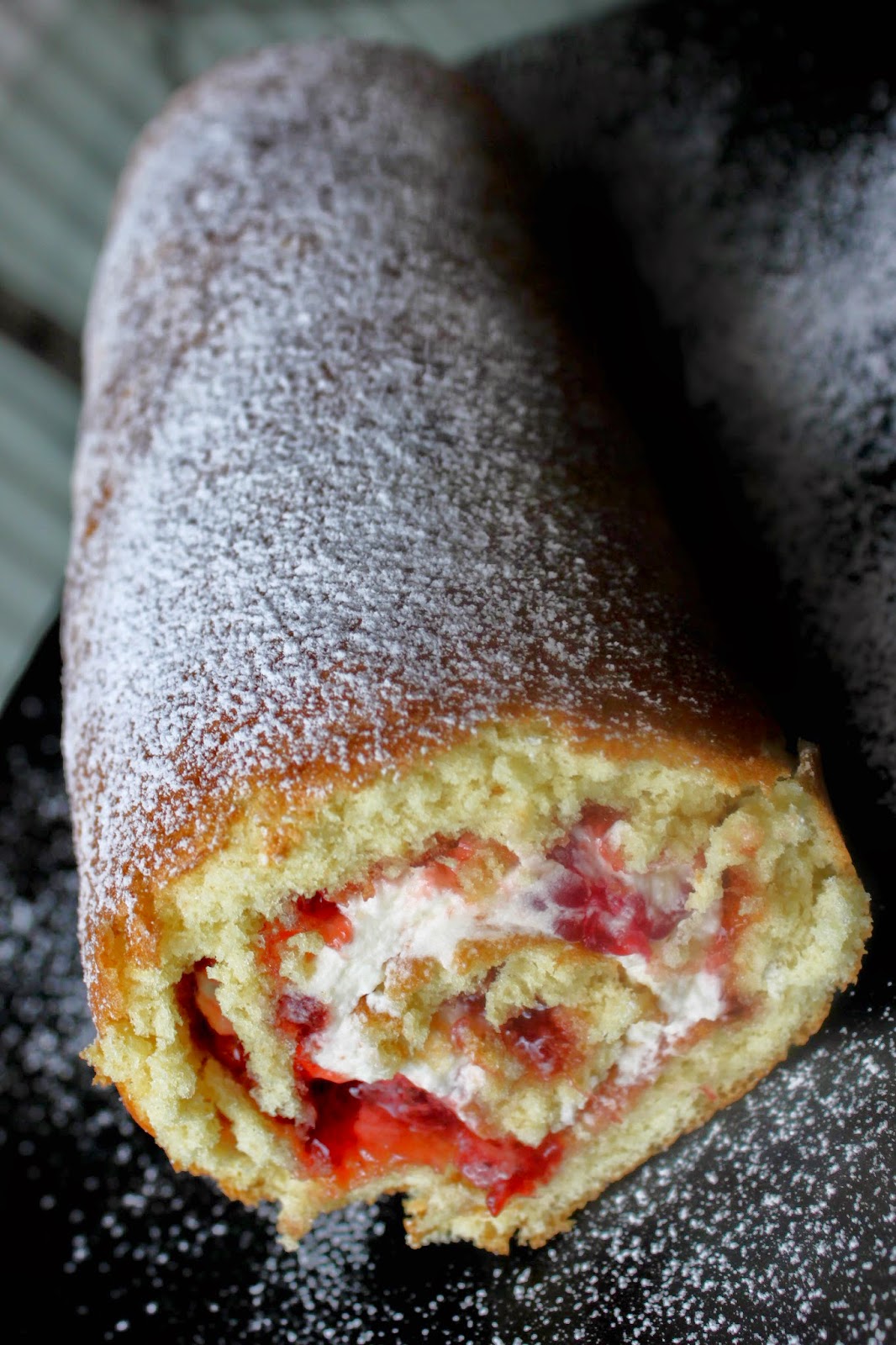 I did want to have a go at the miniature sponge cakes but could not bring myself to pay £20.99 for the tin from Lakeland. I’ve looked everywhere and can’t find one cheaper. If anyone knows where I can get one, please let me know. In the meantime I’ve got this on it’s way so I can attempt some mini lemon loaves maybe?