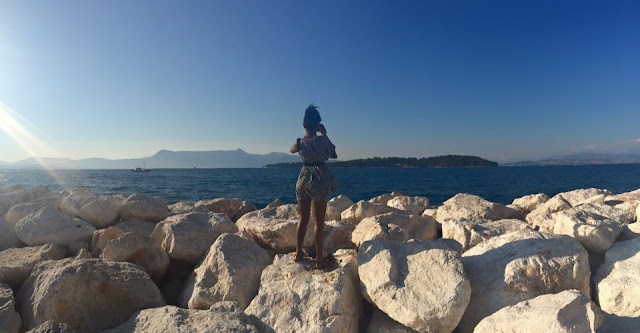 I’ve been very busy doing nothing in the kitchen since I finished uni this month, but I pushed myself through an eight week training programme for the Nike Women’s 10K London run and have been away for a few days too. 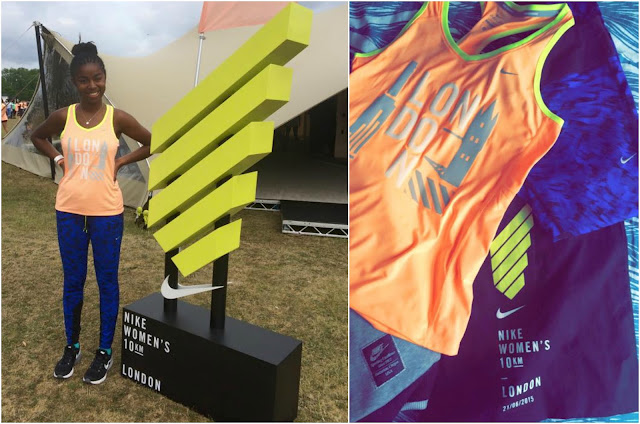 It wasn’t the most glamorous of runs, but it was my first ever race and I smashed it! PB 10km and 5km times. Boom! If you’ve ever wanted to start running or enter a race… JUST DO IT! 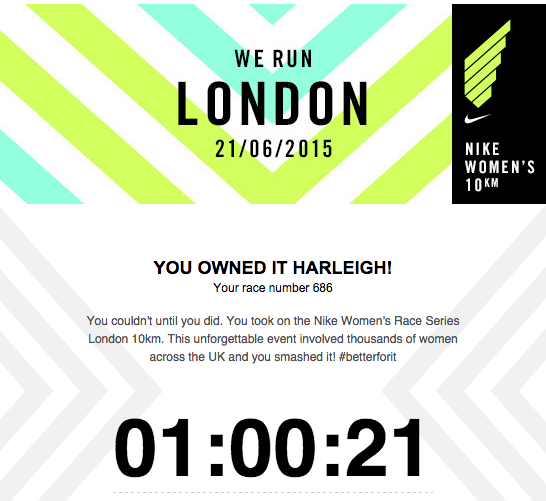 I’m just back from a glorious few days in Corfu, with my friend Olivia, where I got stuck right in and lived off souvlaki and pitta bread the whole time! We stayed in a lovely hotel called Corfu Holiday Palace, which was 10 minutes from the airport with the most amazing views. I love travelling and Greece was such a lovely country to start my summer in. I’ll be jetting off again in a couple of weeks, hopefully producing some mouth watering blog posts but for now I thought I’d share these. 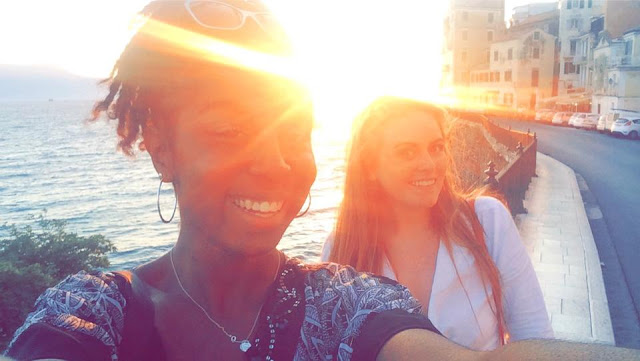 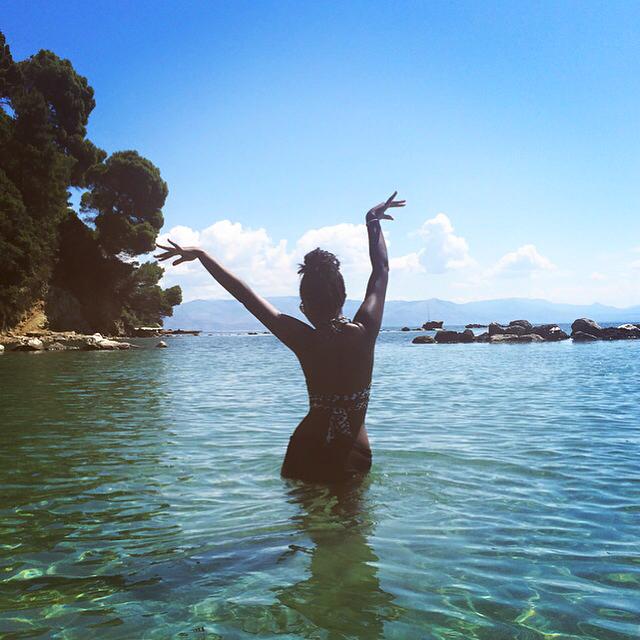 We arrived in Corfu at 10pm and were famished! The food in Gatwick airport is such a waste of money, and you’d be lucky to get more than a packet of crisps on Easyjet. After we had checked in and freshened up, we booked a taxi from reception and headed into Old Corfu town. Our taxi driver recommended a place called Pane e Souvlaki to cure our midnight munchies. It’s a short walk from the taxi rank and seemed pretty well known so you could probably just ask someone to direct if you were to visit. Exactly what I needed.

More souvlaki by the beach, why not. 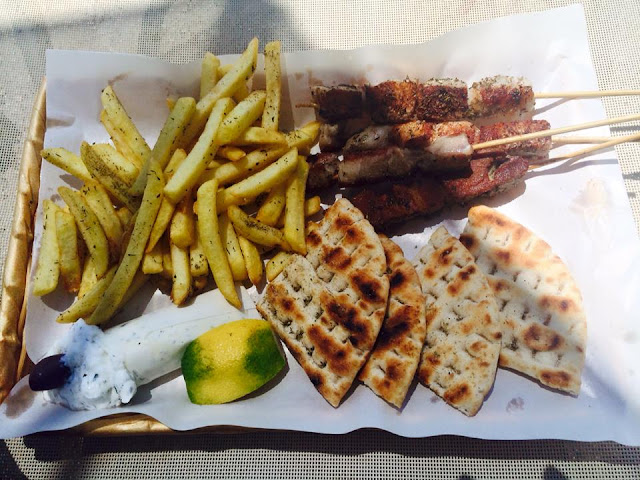 We also had a delicious, but slightly more pricey, dinner at a restaurant called Rex in Old Corfu Town. As we arrived I spotted Bruschetta on someone else’s table that I just had to have. I was all pigged out from my Souvlaki overload so ordered the roast lamb which was DIVINE! Olivia had the king prawns which were truly king-sized. 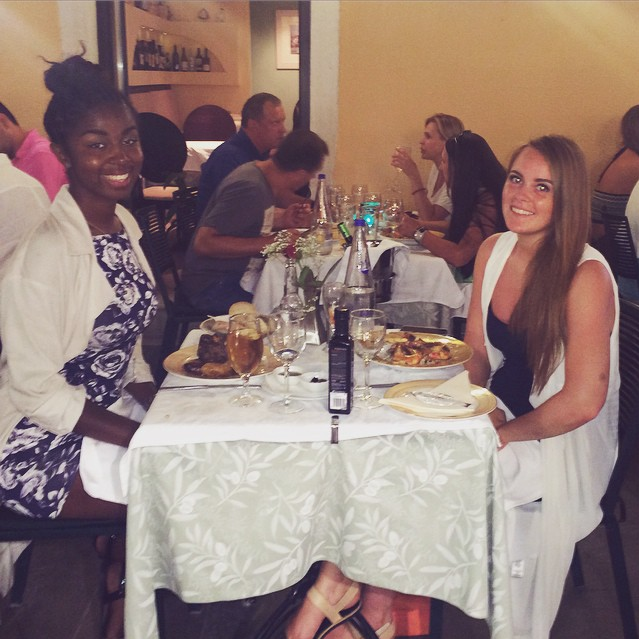 It was pretty much cocktails and selfies for our remaining time in Grecian paradise. 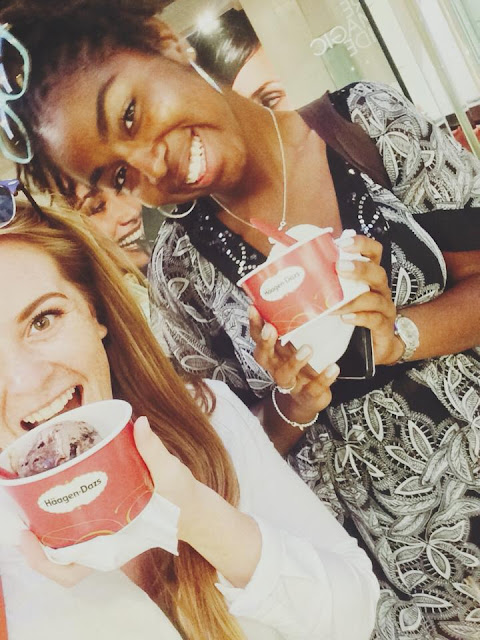 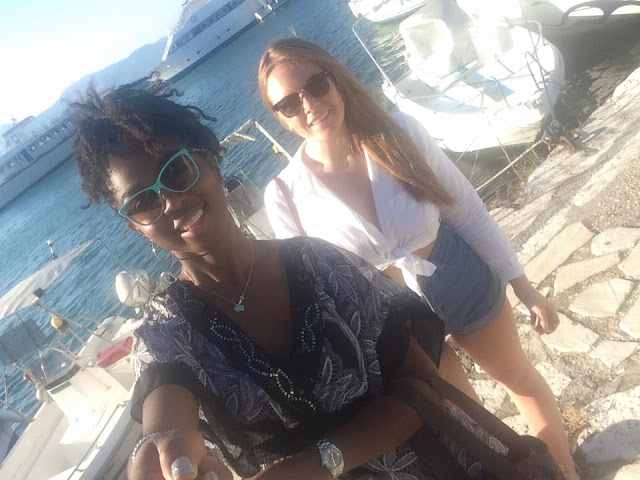