The Great British Bake Off contestants take on bread! (Episode will only be available for 30 days after original broadcast on BBC iPlayer.) This post is pretty short, as the recipe is too. Only two bakers, Paul and Ugne, took on sweet soda breads. Recipes by the contestants are here. I chose Paul’s cranberry and orange sweet soda bread. 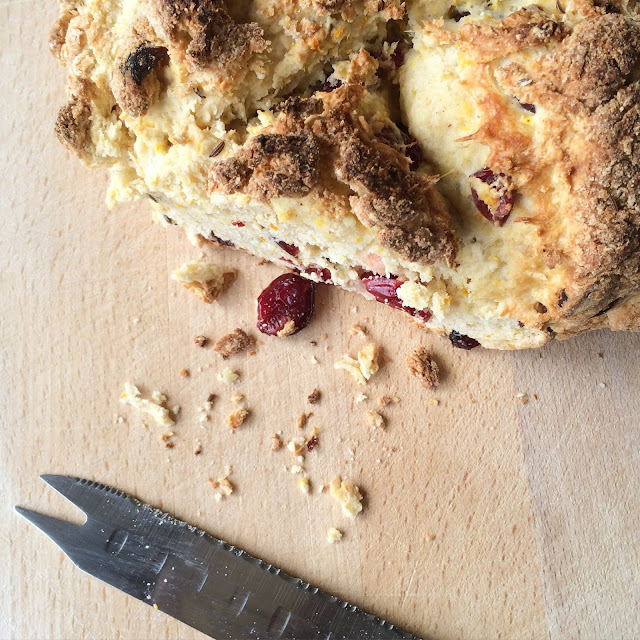 I had put off making my bread as my previous attempts on bread haven’t always worked as expected. I thought I had the curse of bread when I started this as my dough seemed really dry, but based on Paul Hollywood’s comment on the limited amount of liquid in Paul’s recipe and expecting quite a close textured bread, I followed through.

Clearly ravenous, I started to eat my soda bread before I took a picture of the whole thing. Oops.

The missing slice was delicious though. I don’t think I’ve ever had a soda bread or caraway seeds before but I quite enjoyed it. It probably could have done with a little more moisture as mine didn’t look as moist as Paul’s did when the judges were tucking in. He’s obviously got a much better hand at bread than me, which was evident when he pulled this out of the bag on showstopper! 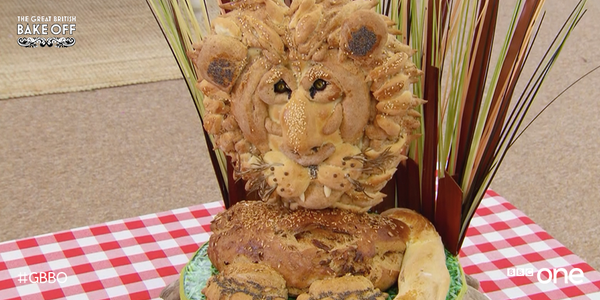 This probably didn’t earn me a Paul Hollywood handshake or a personal commendation. Better luck next time.