Mother and I got straight to the shopping on our first full day in New York, escaping the island for some hardcore spending in Woodbury Common Outlet. There isn’t really much to eat there besides a few fast food places and a Starbucks. We arrived back in the city hungry. 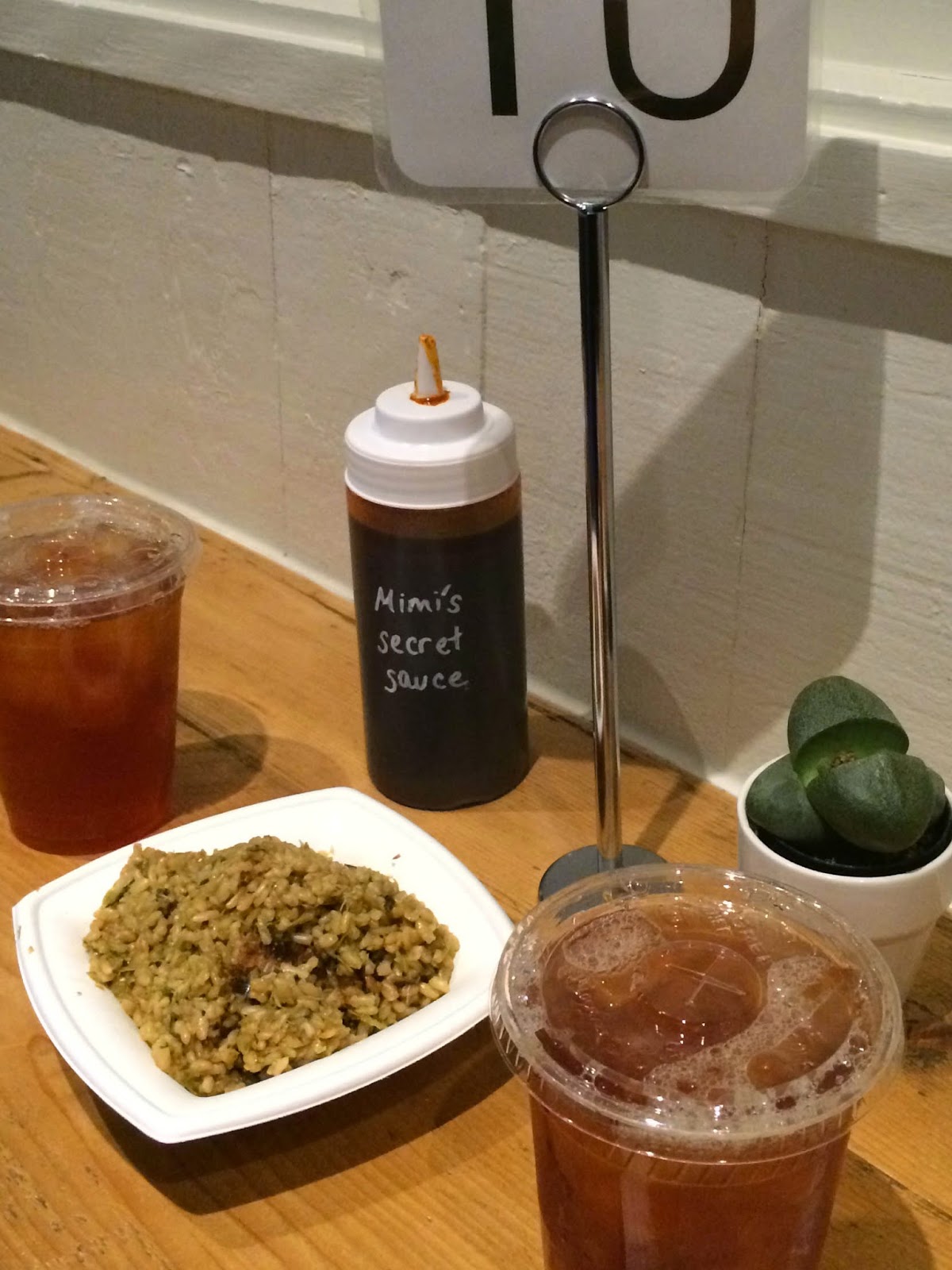 On the flight, Virgin Atlantic have some holiday guides available on their in-flight entertainment system. Mum watched the one for New York and made notes on anything she found interesting, including Mimi Cheng’s dumplings. We intended to go back to the apartment to drop our shopping bags before going out, but we then realised how long that would take. We hailed a cab on Times Square down to 2nd Avenue & E 11 St to Mimi Cheng’s Dumplings.

Mimi Cheng’s is owned by two Taiwanese sisters, with handmade organic dumplings available daily. They’re relatively new, having only opened in July 2014 but seem to be doing well as the shop was full when we arrived. 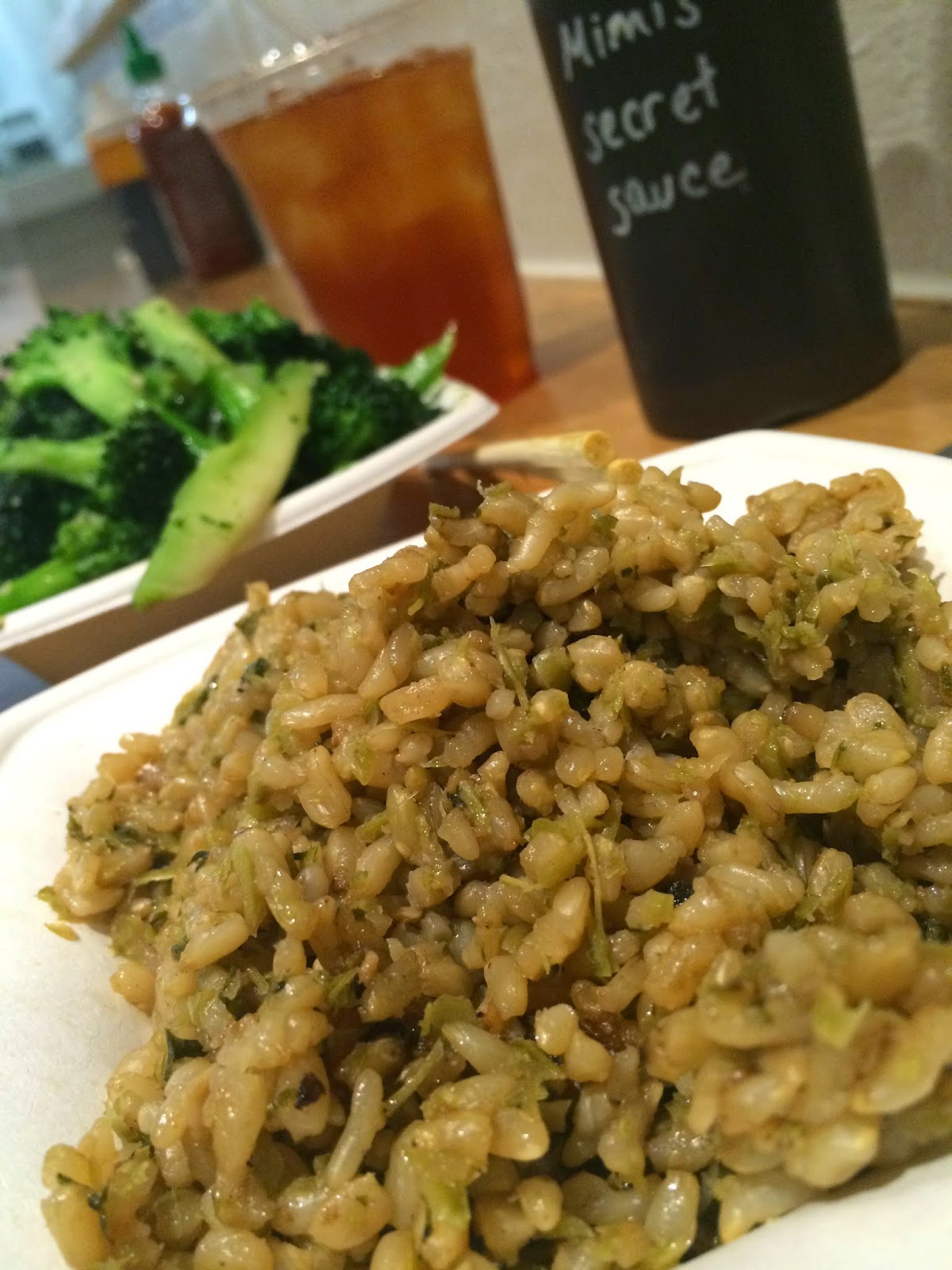 The menu is simple. They offer the choice of three types of dumplings, one special, two sides, one dessert, and two drinks. You can choose to have a portion of 4 or 8, and can have your dumplings steamed or pan-fried. I choose a portion of 8, half ‘Mimi Cheng’ – chicken and zucchini – and half ‘reinvented classic’ – pork, baby bok choi and cabbage. Mum chose 8 too, but hers were half ‘reinvented classic’ and half ‘mighty veggie’ – kale, zucchini, free range egg, shitake, carrots. We ordered both of the sides on offer, which were kale fried rice and sautéed broccoli with garlic.

We really enjoyed our dumplings. Mum found the kale fried rice a bit burnt but I didn’t really notice that. The broccoli was… broccoli. 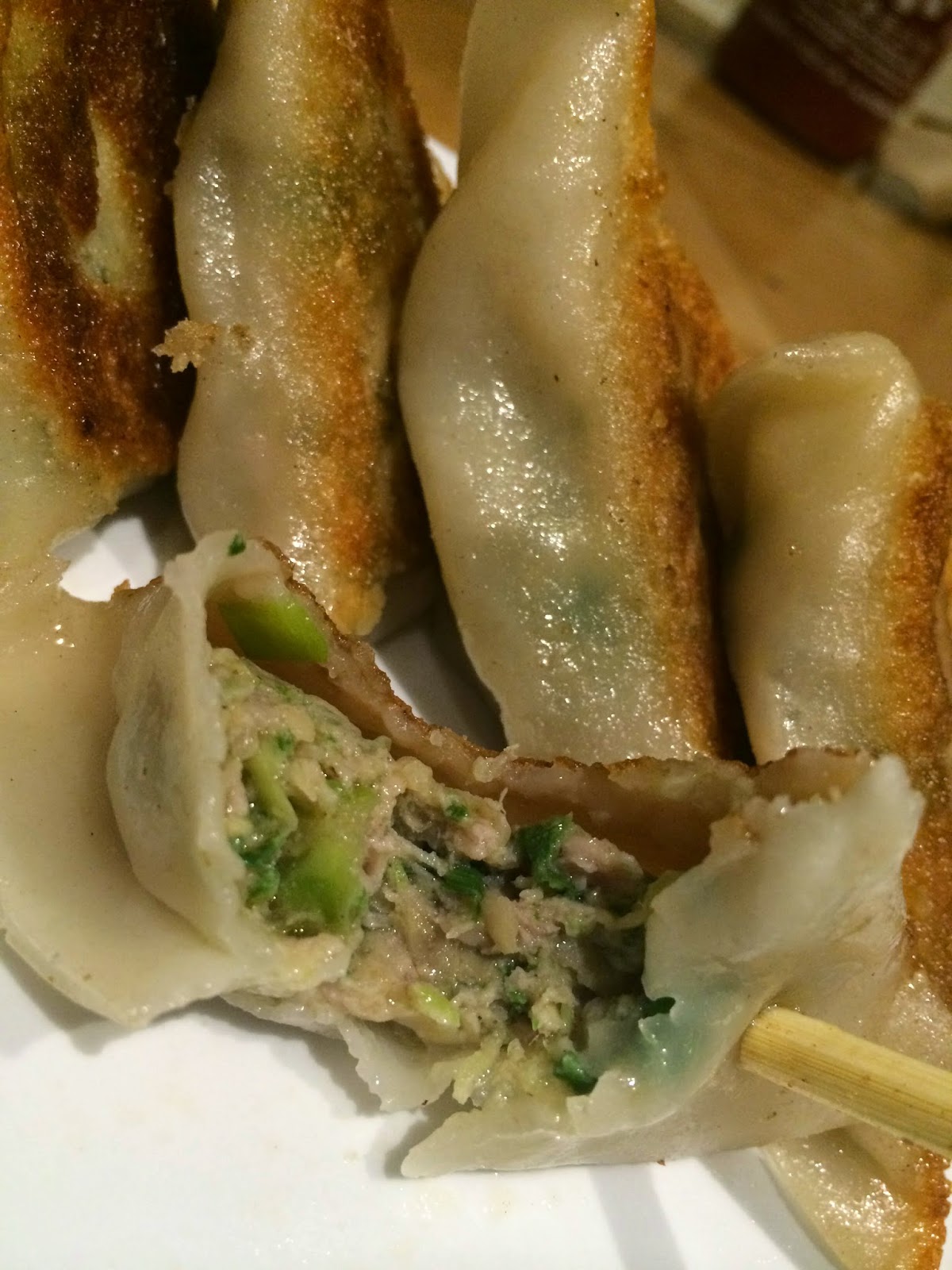 I couldn’t resist ordering the banana pudding to ensure I had sampled virtually the entire menu. It was not what I had expected at all. Apparently American’s think banana pudding is a mix of sliced banana, a cold vanilla custard, and chunks of some kind of cake/pudding type thing. Despite my surprise, I quite enjoyed it. I didn’t eat all the custard but spooned my way through to the banana. 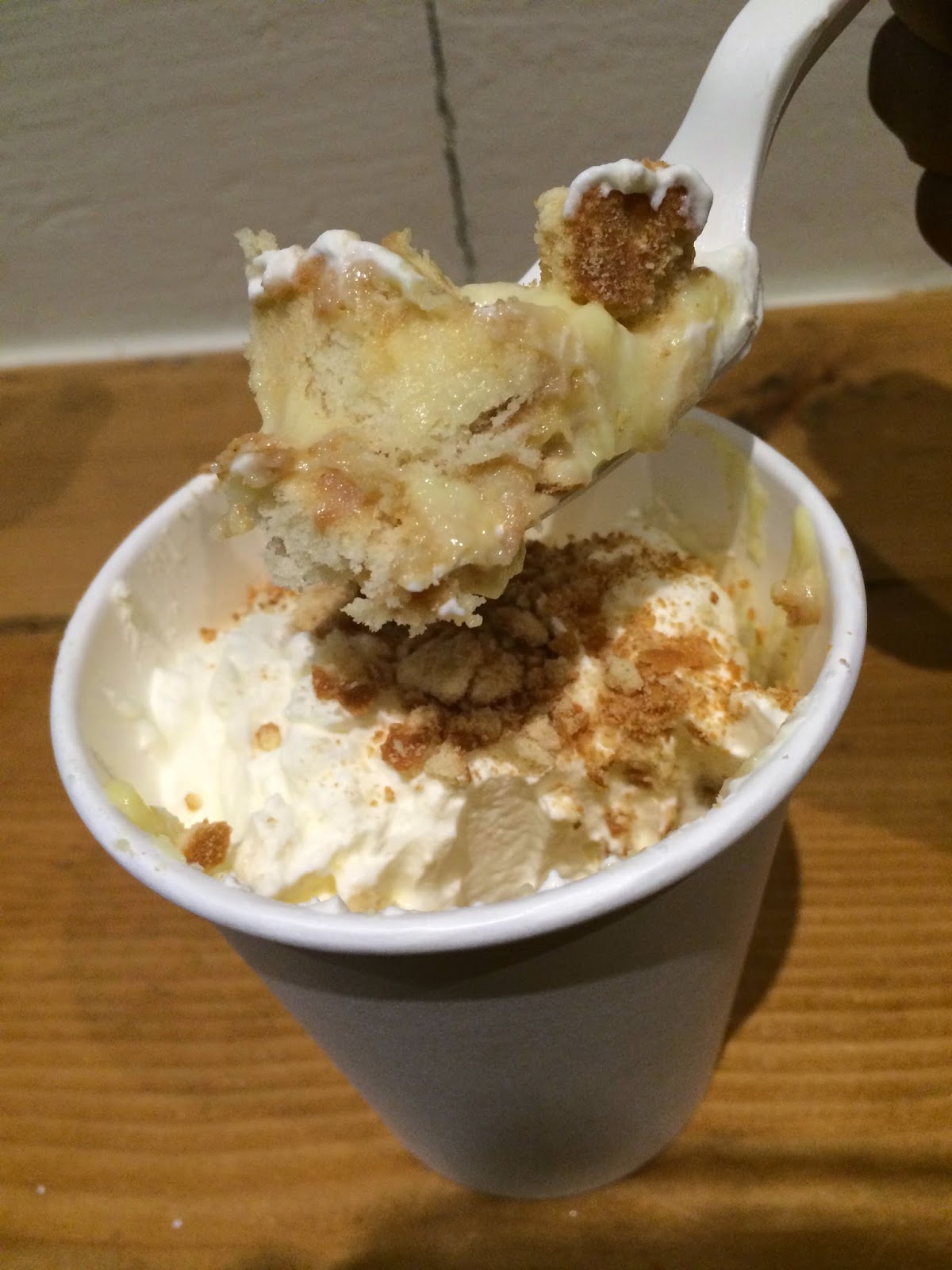 It was a great recommendation by Virgin Atlantic. Mum’s critique was the seating arrangement. It’s a very small shop with wooden benches, tables and a bar with stools along the side. It wasn’t ideal with our shopping bags, and there isn’t anywhere to put or hang your coat if you were on the stools, as we were.
It seemed popular with locals, with people popping in for take away throughout our visit. Everything is served on either biodegradable or reusable materials, which they ask that you place in the appropriate recycling bin as you leave. The bill came to $40 + tip for the mains for two, and the banana pudding was $4.50 + tip.
For fresh dumplings packed with flavour, visit Mimi Cheng’s.