I am so so so behind on the Great British Bake Off, thank goodness for BBC iPlayer. I couldn’t even tell you how many bakes I’ve missed but I’m going to catch up if it kills me. I was in New York with my friend Julianne, which I think is a pretty valid excuse. I didn’t take my laptop with me so I’ve got a ton of blog posts on the restaurants and places we visited to catch up on but bear with me. 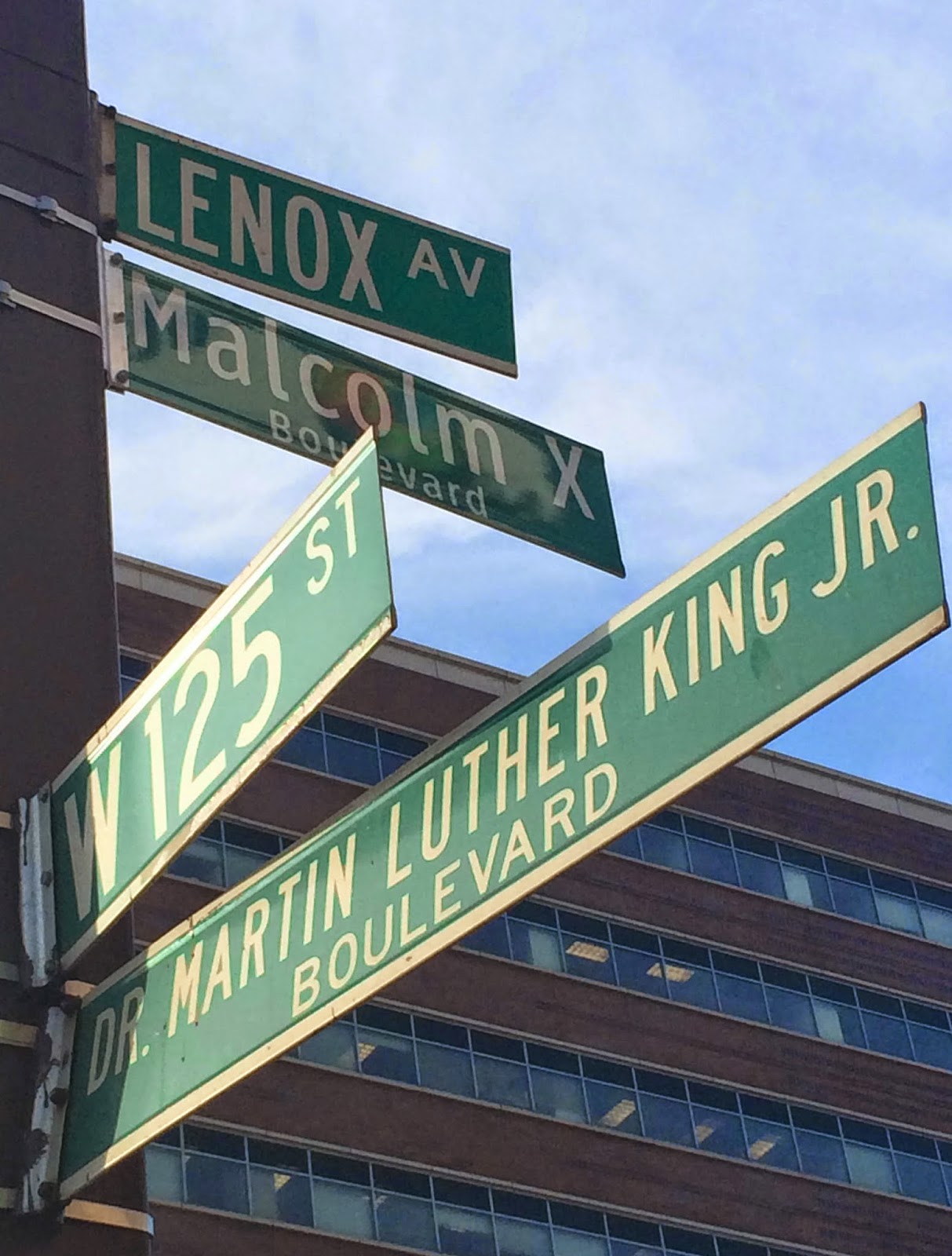 I had researched and looked up loads of places for us to eat around New York ahead of our trip. The day we arrived we were pretty tired and hungry from our day travelling. We were staying in Harlem so decided to get stuck straight in and cross one off the restaurant list at Red Rooster. 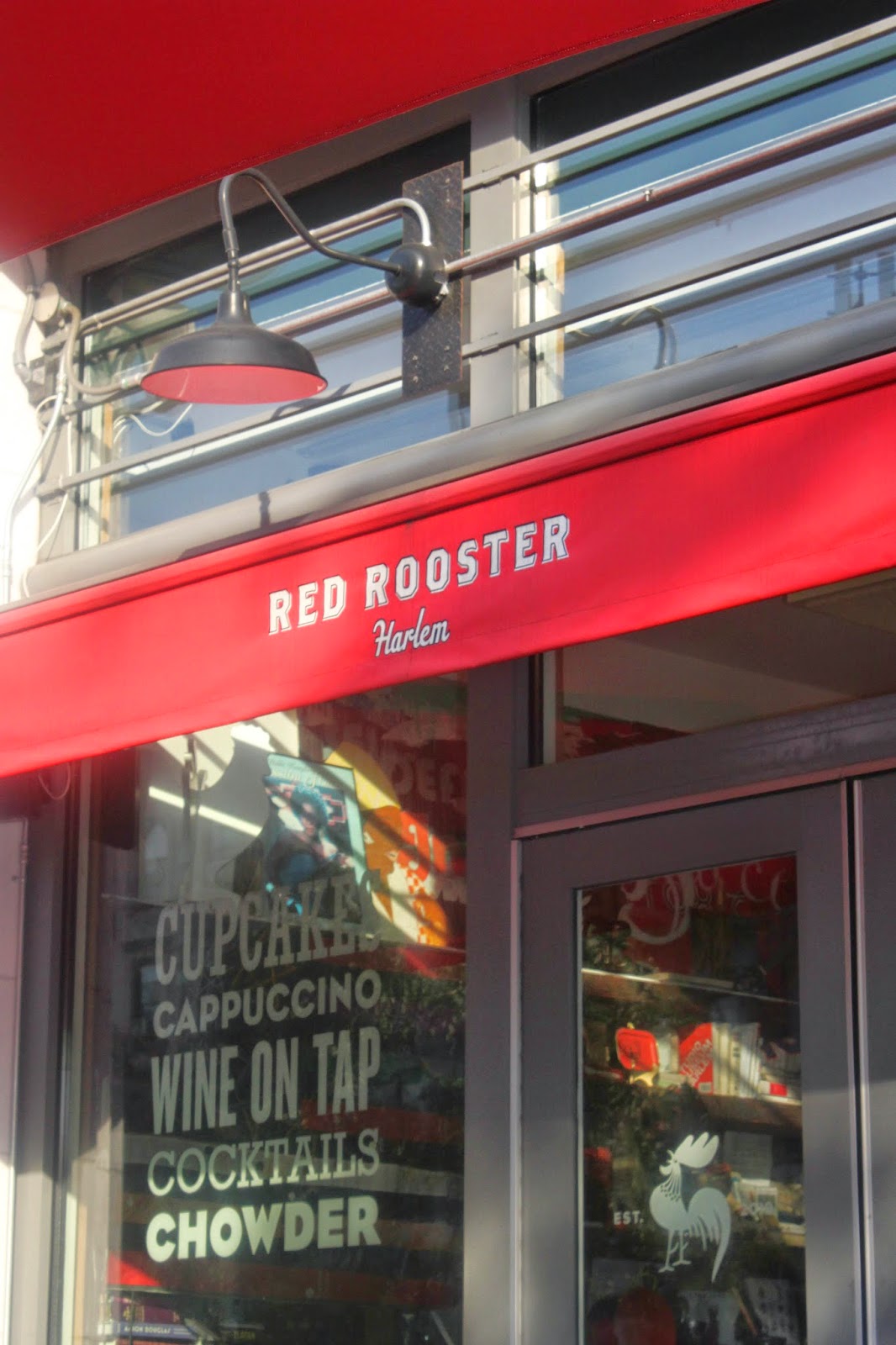 I had noted it down as a place for Brunch as recommended by TimeOut but the dinner menu looked promising too.

I ordered the Shrimp and Papaya; grilled prawns, lime, cilantro, green papaya noodles. There before me were two of the largest prawns I’ve ever seen… but only two. They actually tasted of prawn and ocean-ness which was a pleasant change from the usual taste of freezer, but then the green papaya noodles did too which was pretty much the only flavour. 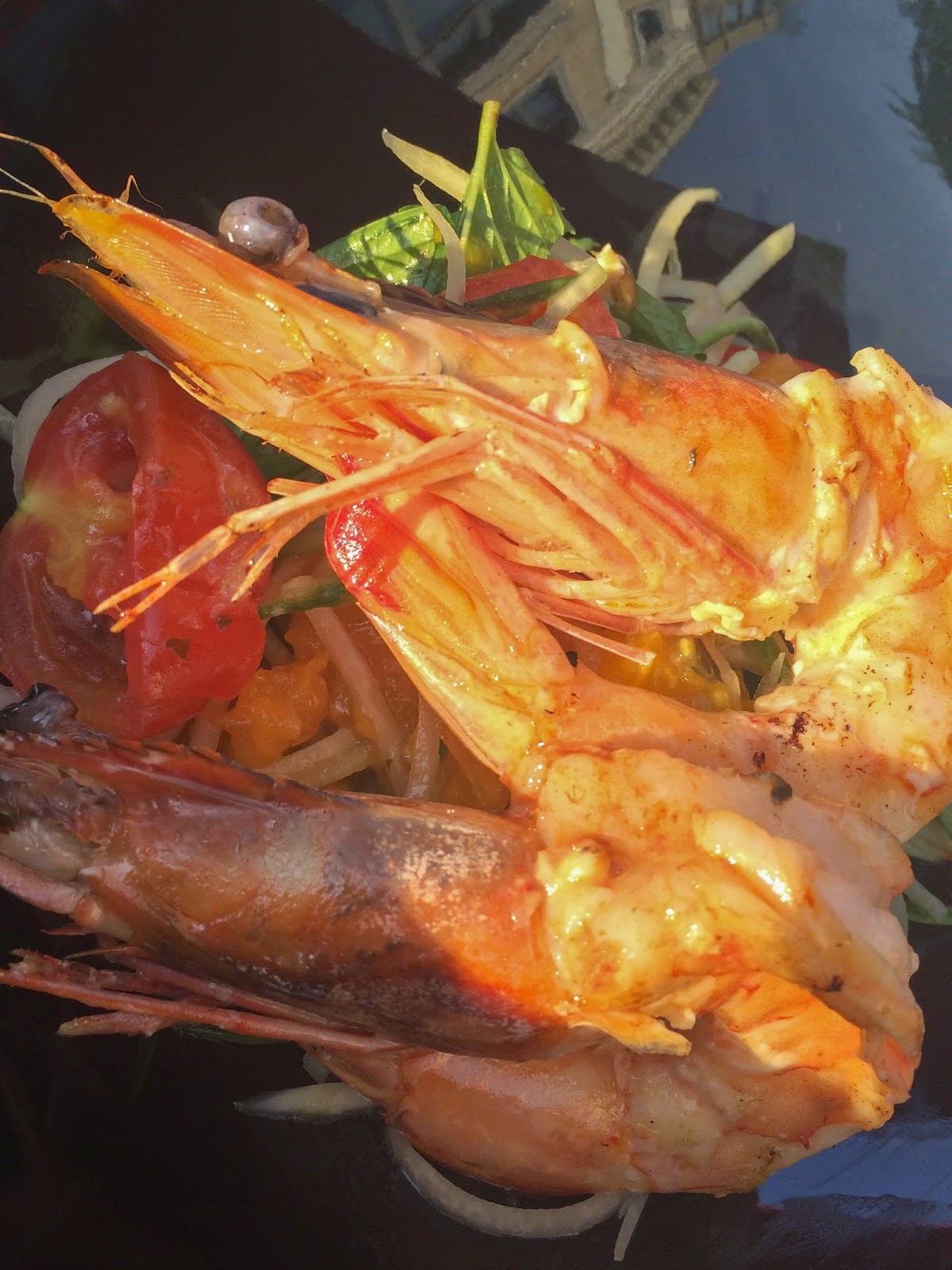 Julianne ordered the Wild Wild Wings which were pretty much the opposite portion size to my appetiser. A plate piled high with wings made its way to our table which Jules was struggling to finish, so I might have helped her out a bit. 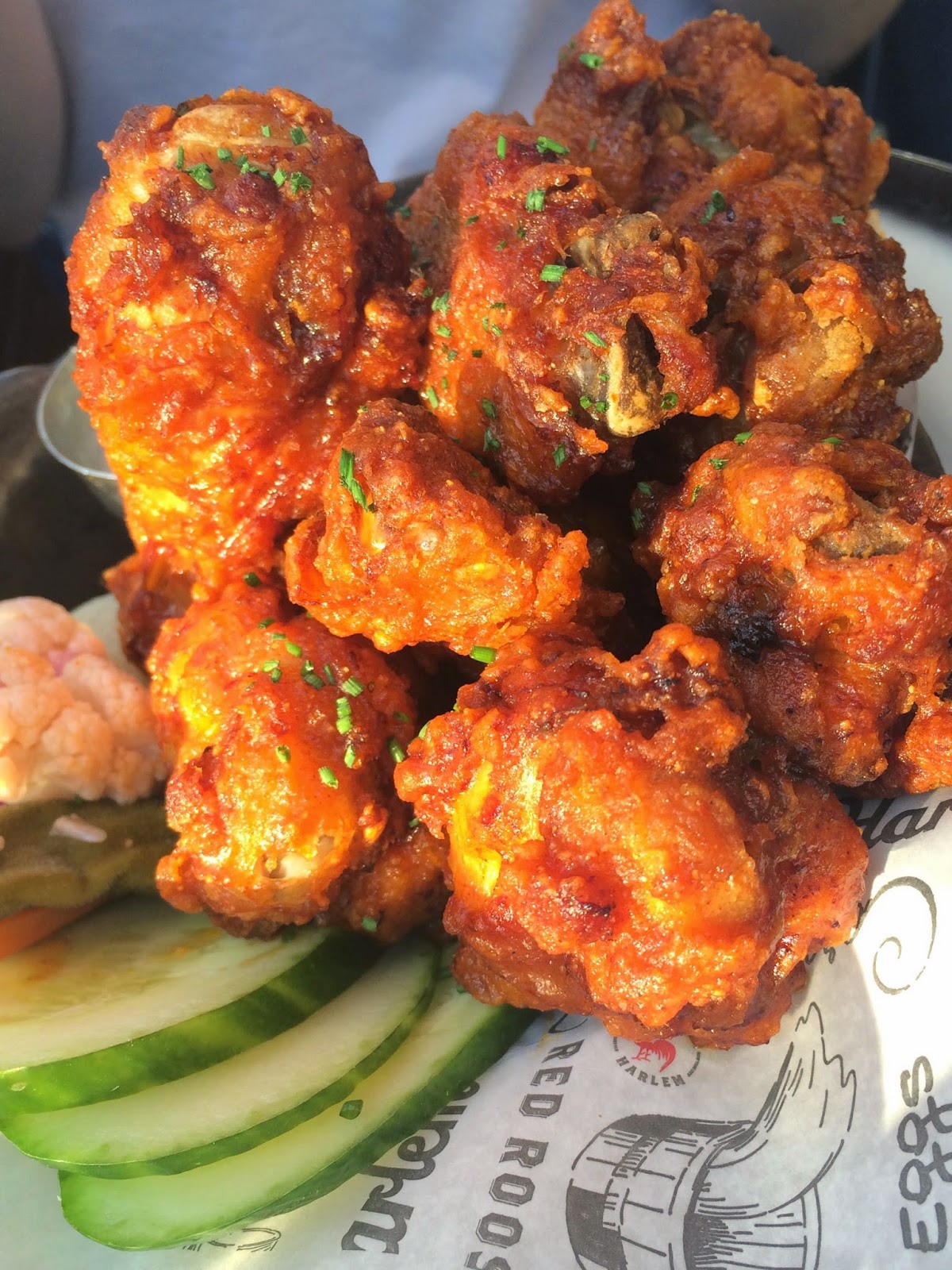 For main course Julianne went for the Shrimp & Grits, salsa verde, cilantro and smoked ham, and I chose the Grilled Jerk Pork Chop, summer beans, bratwurst and cornbread crumble. We didn’t, and still don’t really, know what grits is other than a carbohydrate accompaniment. Jules wasn’t too keen on it as she’s not a fan of creamy textures. I wasn’t brave enough to try it, it just looked too smushy for me. I suppose if you like grits, you like grits. 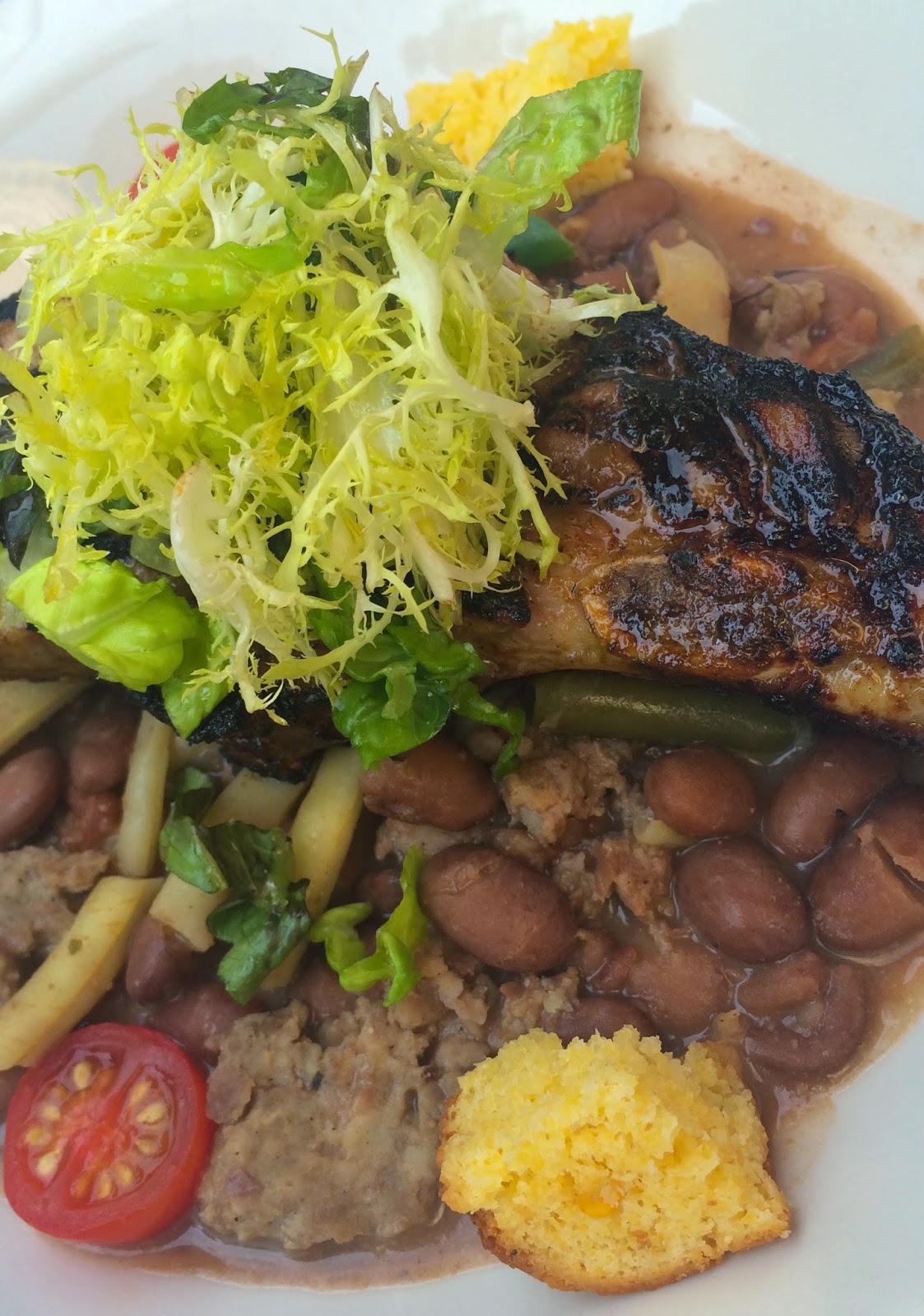 I had asked for my pork chop to be well done and it was perfect, flavoursome and filling. I expected some kind of sausage (Bratwurst?) however it seemed to be beans, but still delicious. 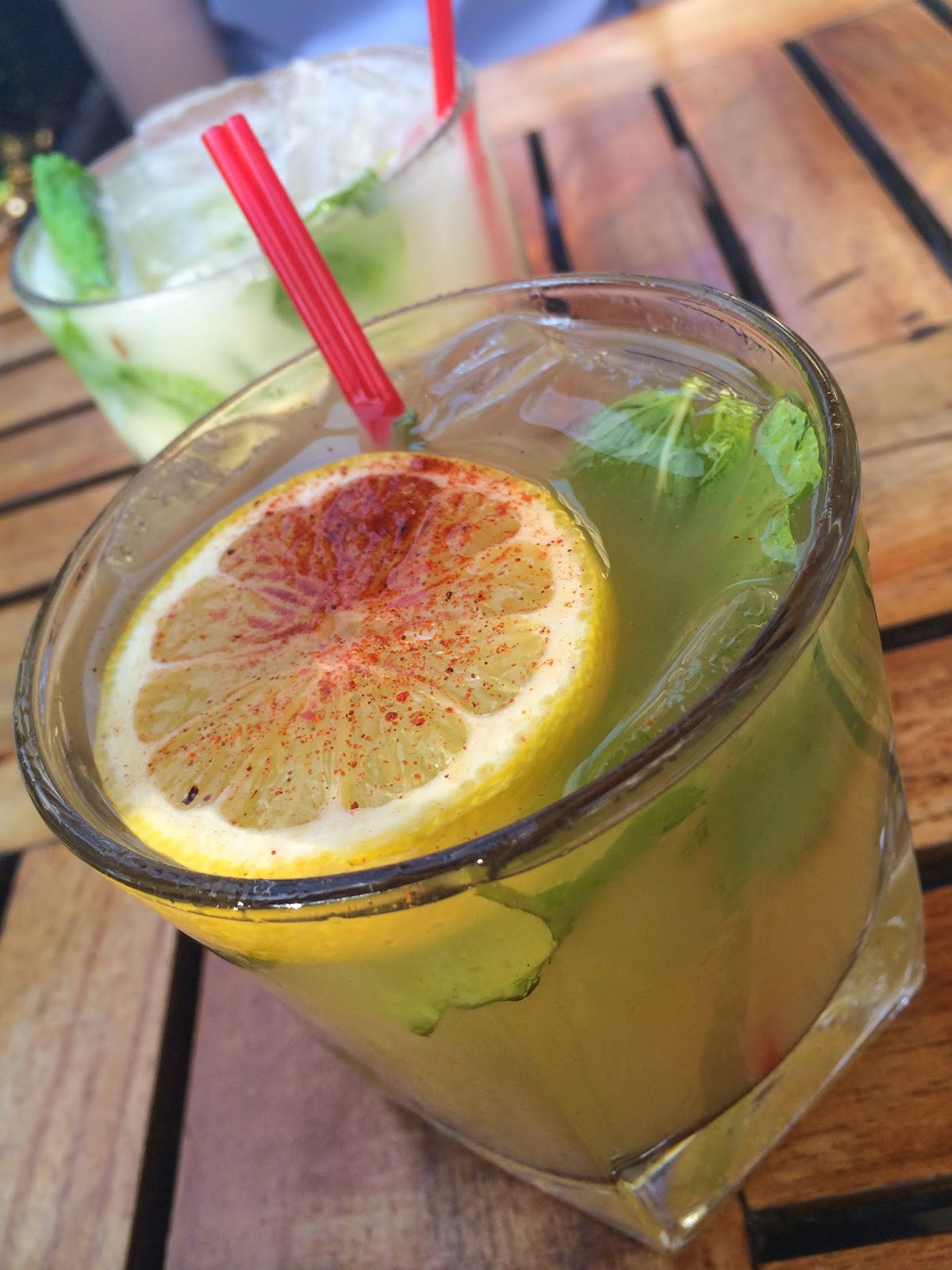 We ordered a cocktail each, the Harlem Shake and a Yes Chef. Delicious but very strong, not what our little jet lagged heads were expecting.

It was by far our most pricey evening with the bill coming to $120 + tip, however we did get little goodies after we had paid for using MasterCard there so swipe yours if you go!