For a belated birthday adventure my boyfriend, Kyle, helped me cross a restaurant off my restaurant bucket list at Pizza Pilgrims on Dean Street. 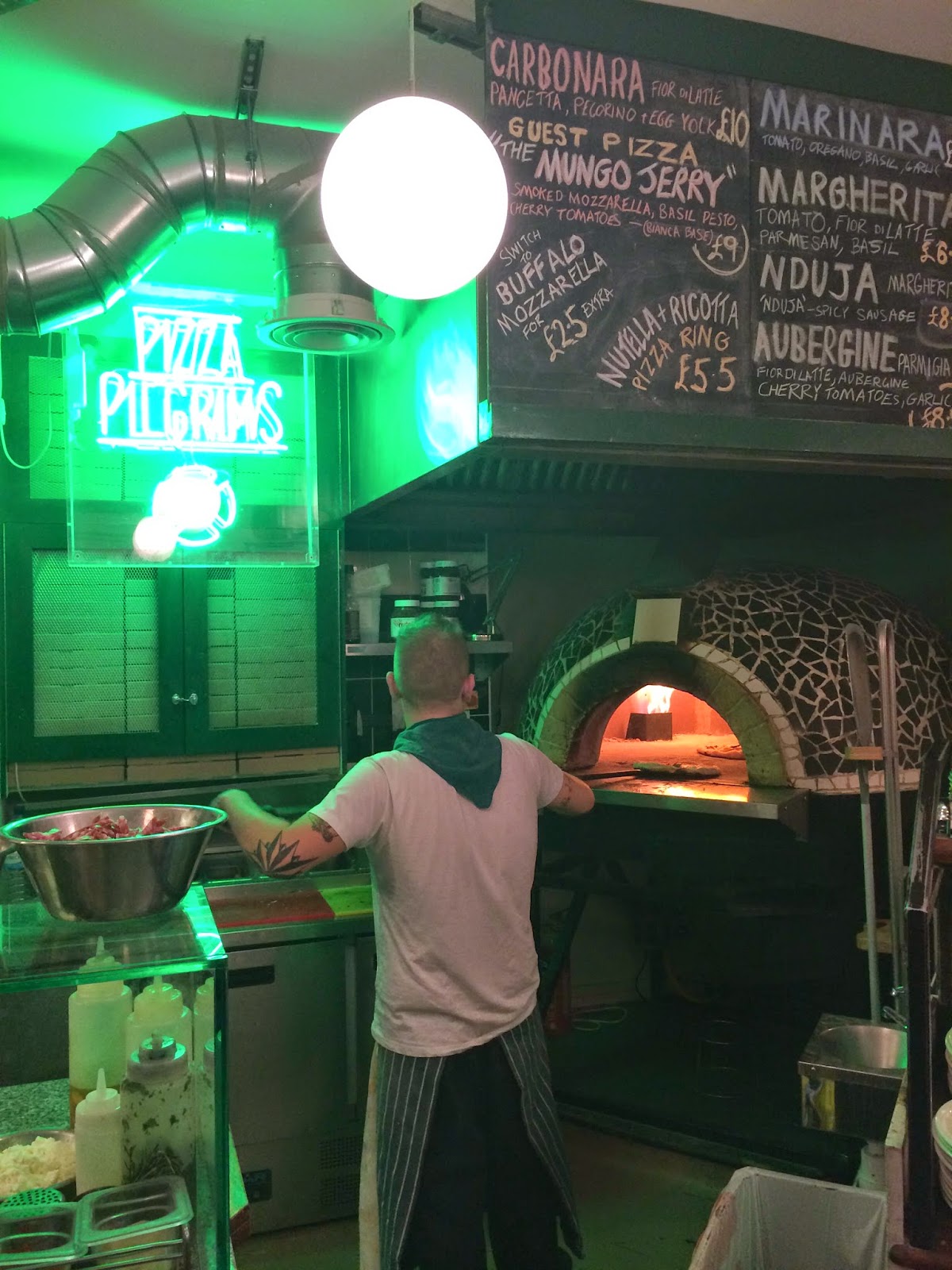 I bought the Pizza Pilgrims cookbook a few months ago and enjoyed reading the introduction about James and Thom’s journey around Italy as they learnt about different styles of Italian pizza. The book features a variety of Italian recipes including pizzas, pasta dishes and other mains, while the menu at the restaurant is very simple with a few pizza variations, sides and desserts. 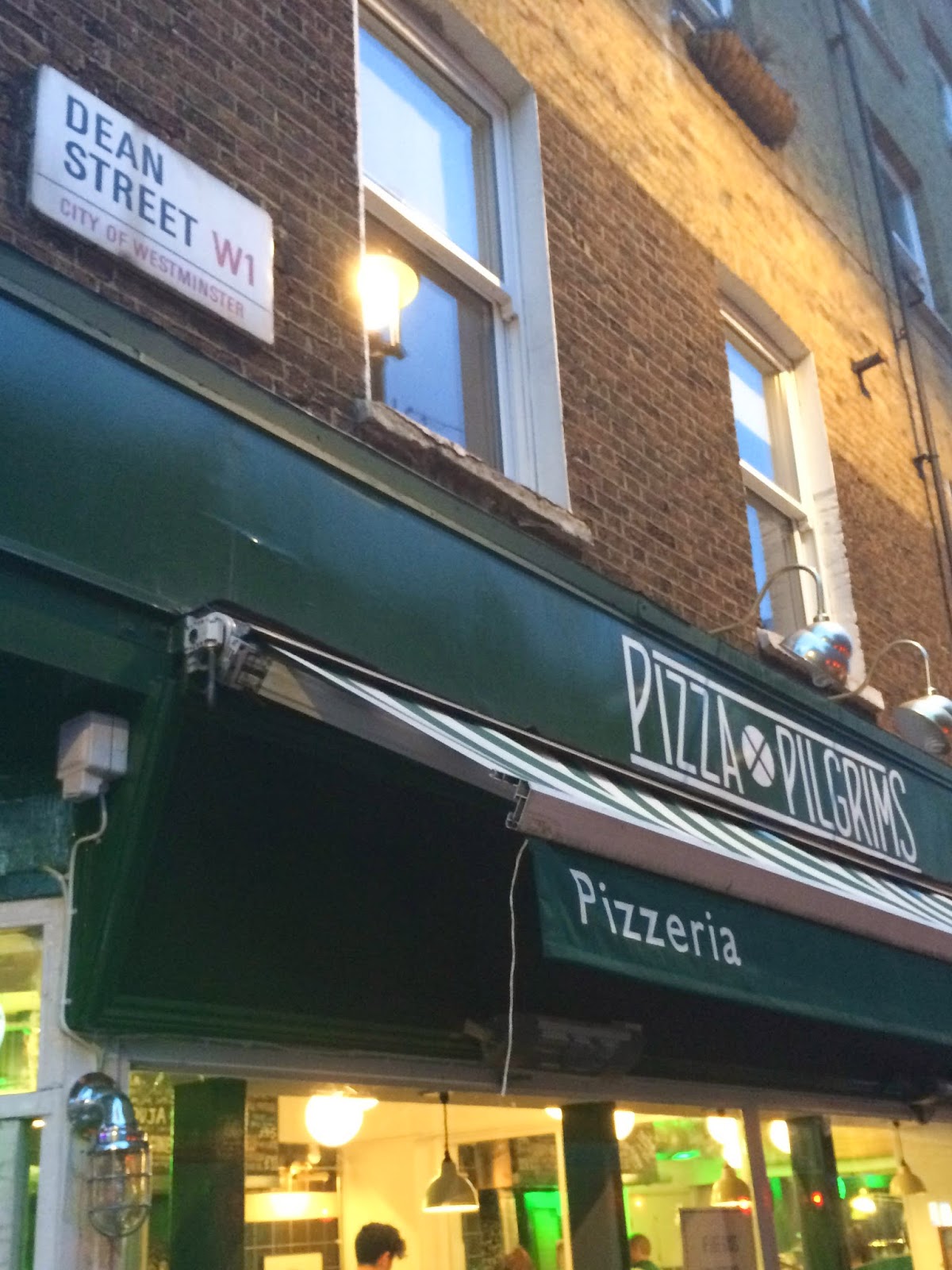 The pizza was delicious! We both went for Margherita pizzas although we both usually go for meat loaded pizzas. Amazing Neapolitan pizza. Nom Nom Nom. 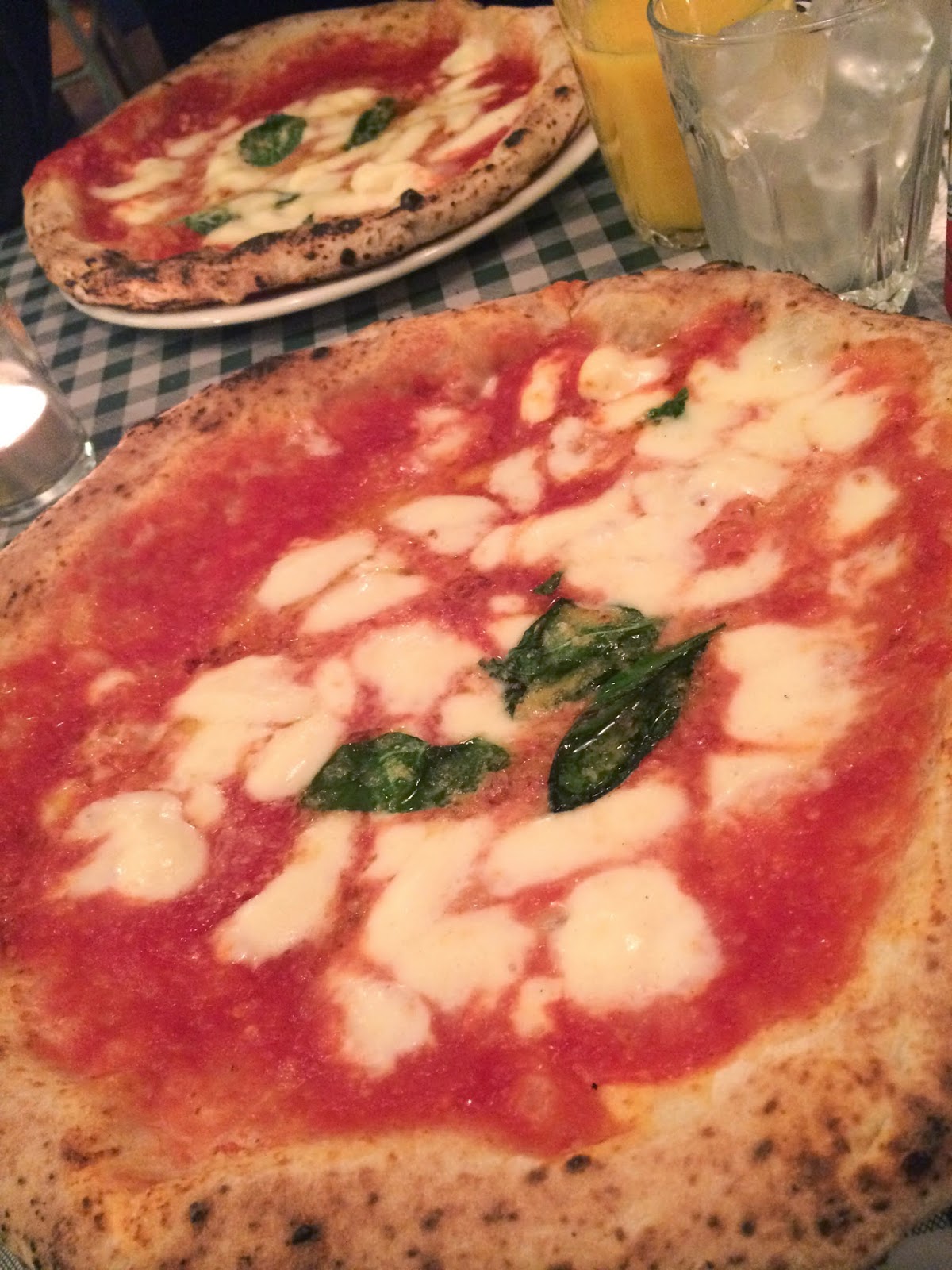 You can’t book to go to Pizza Pilgrims as they don’t believe that’s fair, but we were seated straight away. The service was also really good and our food came very quickly after ordering. It’s a small restaurant with the majority of the seating downstairs. The massive wood pizza oven does kick out quite a bit of heat so it’s nice a cosy in there. 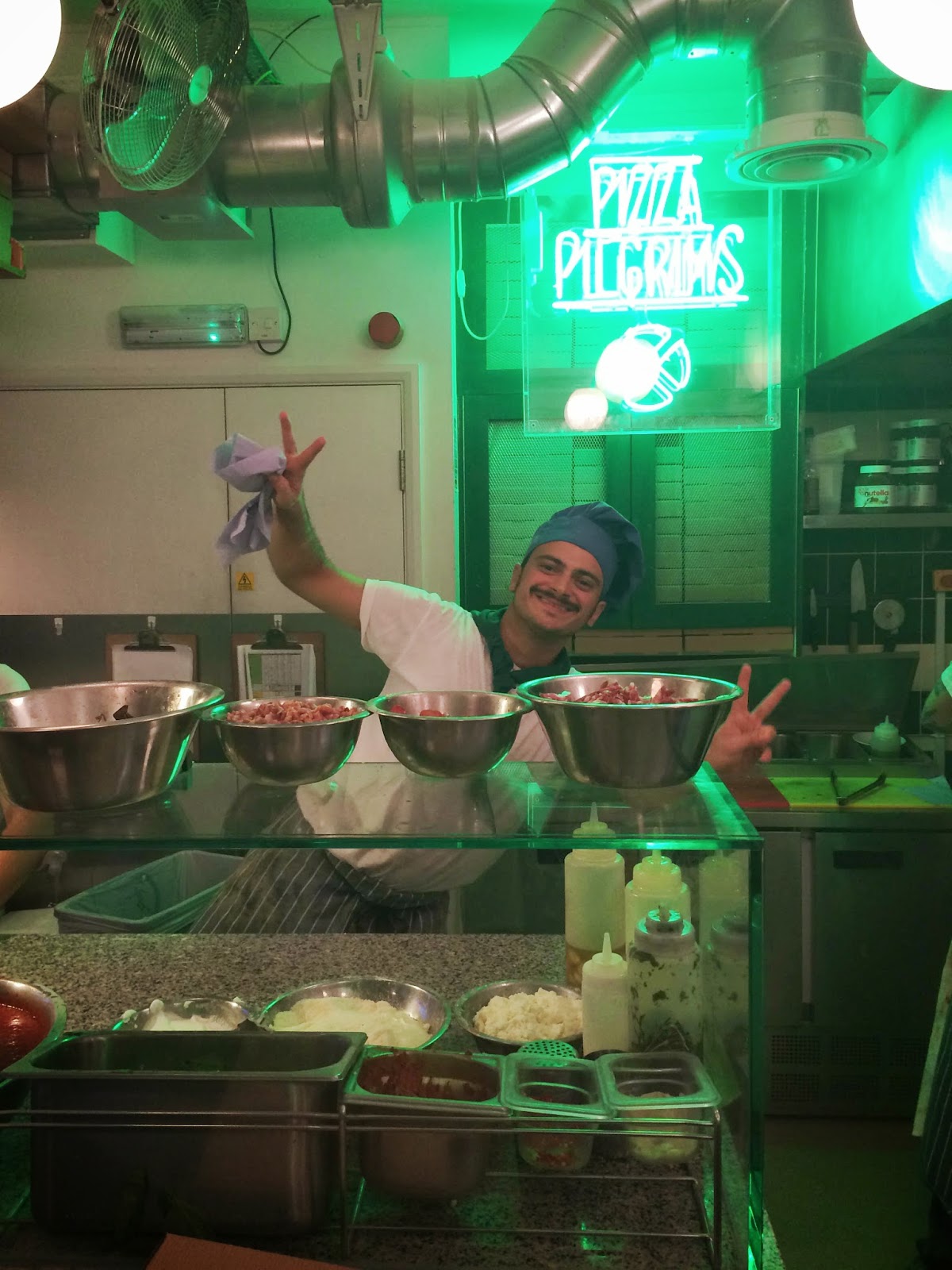 We went for a wander around London after and ended up at the Haagen-Dasz café. There was a long queue to sit down in the café so we went to the side for take away and just ate them out on Leicester Square. I was a bit disappointed to see that they only reheat ready-made waffles but they weren’t too bad considering and the ice cream certainly did help make up for it. 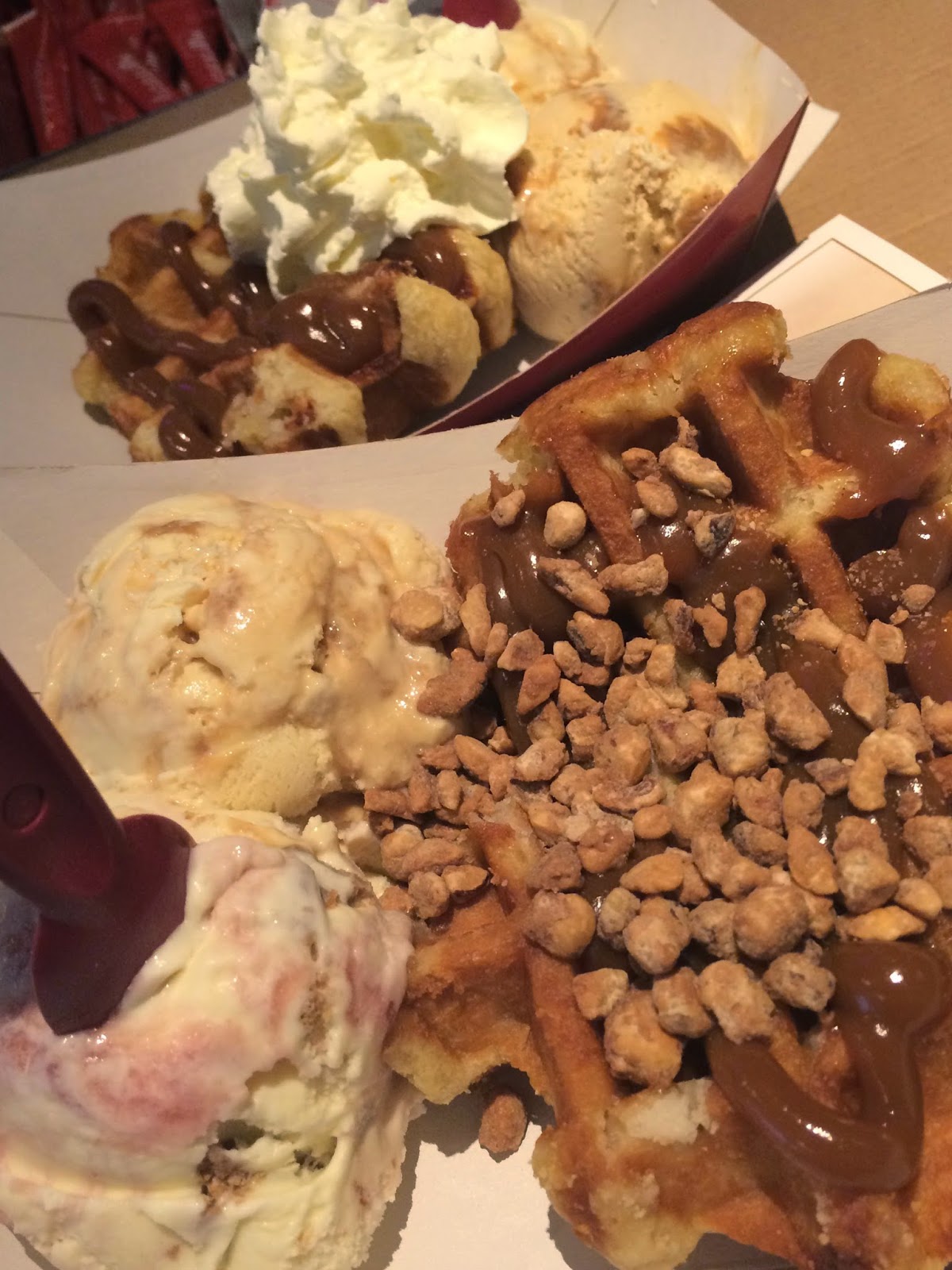